Skip to content
Home>>Press Release>>Rotary Club of Borivili installed K.V.Premraj as their 34th President at a glittering ceremony July 14: The tenure of a Rotary Club President is for one year starting from 1st July.

The Chief Guest for the installation ceremony was the District Governor, Sandip Agarwalla. He was accompanied by his wife, Malini. The first lady of the Club Renjiniwas also present.

Amongst those who attended the meeting were Past District Governors, Shashi Sharma, and Lata Subaraidu. The Assistant Governor of the Club, Sanjay Barde, Rajendra Unnikrishnan, Milind Patil, and Ashmi Parekh were some of the other district dignitaries who attended. Alpha Presidents, Pankaj Jaiswal, Rakesh Shah, Hitesh Shah, and Prof Mahendra Gharat were also present

After the traditional handing over of the Charter and exchange of the Presidential collar by Past President Yashwant Gujaran, it was the turn of the incoming President, Premraj to deliver his acceptance speech.

Premraj delivered a riveting and memorable speech that came for praise from all those assembled. He started with a crafty story tracing his induction into the Rotary club that had elements of story shows, drama, suspense, and humor. The bold commitment to net membership growth came for high praise. Emphasis on the development of members was an innovative feature of Presidential plans. The second line of leadership at the Club has been trained on ‘Grooming for Influence’. During the year, there will be a session on ‘Self-introduction’, templates for ‘introduction of speakers’, and tips to deliver a potent ‘ Vote of thanks. Apart from those multiple sessions on nailing the art of public speaking are also planned. Premraj also revealed an overview of some challenging service projects.

Premraj acknowledged the support his team had received during the run-up to the start of the year. He singled out PDG, Prafull Sharma for being just a phone call away, Vinay Vyas for his strategic inputs, DGN Chetan for a training session, and Mona Gyani and Rajul Pathak for helping design courses for the Director’s training. Manish Gyani came for special mention for keeping an eye on the overall preparation,  clearing blocks, and coming up with innovative ideas. Support from Harish and Sonal Chandarana along with Harish Davda, Mukesh Thakkar, and Dr.Dharmaji Shinde was also acknowledged.

Dr Bharat Pandya, one of the charter members of the Club who was now the TRF Trustee was felicitated by the Club. Three Club members committed to joining the PHS club. Dr Pandya greeted the incoming club team and expressed confidence they would take the Club to greater heights.

The District Governor in his address exhorted the Club to think big and gun for large projects. We need to move with the times and adapt to the new world where one will need to re-engineer one’s thoughts and deeds. The vision espoused by the District Governor was lapped up emphatically by those gathered.

Ajay Jain made the secretarial announcements while President Elect Rashikant Sanghvi delivered the vote of thanks.

Your precious CARGO has a new hi-tech carrier: Nykaa Fashion expands into men’s innerwear and athleisure category with GLOOT 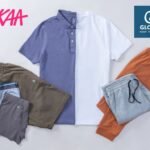 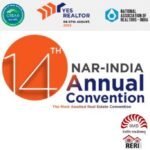 With a large number of visitors, Science City becomes a popular Science Tourism Destination in the country