Home Latest News The 5 worst NFL Draft classes in the history of the league,...

With the 2020 NFL Draft now almost one week away, mock drafts are flowing, experts are chirping, and teams are gearing up for the most unusual installment of the annual event in history. With this year’s unconventional occurrence on the cusp of kicking off, the speculation continues with many pundits throughout the country attempting to predict and protect which collegiate prospects will end up where across the NFL landscape.

However, this time of year also brings about reminiscing about NFL Drafts of old as each class is unique and different from the next. With this year’s NFL Draft class absolutely stacked from top to bottom on paper, 2020 might ultimately produce one of the best groups ever while only time will tell. On the other hand, even when it initially appeared as though as NFL Draft class would be stellar in the end, bust after bust and flop after flop tarnished some groups in a big way over the years.

Even with some incredibly talented groups walking across the stage along the way, there have been some absolutely abysmal NFL Draft classes as well — these five in particular.

Although this wasn’t an exceptionally talented NFL Draft class in general, the Indianapolis Colts kicked off 1992 with a pair of less than outstanding selections. Yes, that’s right — the Colts owned not only the first but also the second overall pick in the 1992 NFL Draft. By selecting the tandem of Steve Emtman and Quentin Coryatt, the Colts jumpstarted quite the forgettable 1992 NFL Draft while this class produced zero Hall of Famers. Not a single one. On a more positive note, though, 1992 did see the likes of Troy Vincent, Jimmy Smith, and Darren Woodson hear their names called — if you were looking for some silver lining, that is.

After the Detroit Lions selected veteran quarterback Matthew Stafford, there wasn’t much left in terms of desirable talent back in 2009. A few notable names did ultimately emerge from this NFL Draft class, including Brian Orakpo, Clay Matthews, LeSean McCoy, and Mike Wallace, but the rest of the top five behind the aforementioned Stafford pretty much tells the story for 2009. At No. 2 overall, the St. Louis Rams selected Jason Smith, the Kansas City Chiefs selected Tyson Jackson, the Seattle Seahawks selected Aaron Curry, and the New York Jets selected Mark Sanchez. It is also worth noting that the rest of the top 10 from 2009 doesn’t get much better either.

Leading perfectly into 1992 in terms of being equally terrible, the 1991 NFL Draft produced future Hall of Fame quarterback Brett Favre and very little else. Favre became one of three quarterbacks that were ultimately selected throughout the first 34 picks in 1991 with the trio being rounded out by Todd Marinovich and Browning Nagle — not tremendous. Another Hall of Famer in longtime NFL defensive back Aeneas Williams also came off the board in the third round of the 1991 NFL Draft, but a quick glance at the first few rounds immediately shows that this event could have nearly come and gone without anyone ever noticing.

Here are the notable names from the 2013 NFL Draft…Sheldon Richardson, Eric Reid, Kyle Long, Le’Veon Bell, and Eddie Lacy. Not particularly impressive. Of the entire 2013 NFL Draft class, only seven players have ever reached a Pro Bowl at least once, with five of those seven players being selected in the first round. As all things related to the NFL typically do, this draft can also be categorized based on its top tier of quarterbacks, which in this case were Geno Smith and E.J. Manuel. Again, not great. Let’s put it this way; if one were to take a look at the first round of the 2013 NFL Draft in comparison to having an impact on the league today, it wouldn’t be an eventful trip down memory lane.

Even though this was yet another awful event relatively speaking, the 2002 NFL Draft is by far the best draft of this particular group. Because 2002 produced players like Julius Peppers, Ed Reed, Dwight Freeney, Jeremy Shockey, Albert Haynesworth, Clinton Portis, and Brian Westbrook, it is hard to categorize this year as one of the worst of all time. However, the first few picks of the 2002 NFL Draft tell the majority of the story. At No. 1 overall, the expansion Houston Texans selected David Carr with the Detroit Lions selecting another quarterback in Joey Harrington just two picks later. Linemen Levi Jones, Mike Williams, and Ryan Sims were also selected within the top 10, but none of those really ring any bells inside even the most knowledgeable NFL circles. 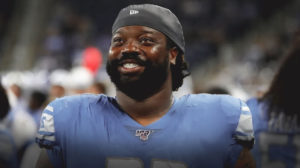 Will coaches be paid if IPL 2020 is cancelled?