The theme for this year was SQUARE ONE, in keeping with the theme of Starting Afresh on a RENEWED PATH.

Udaipur (Rajasthan) [India], July 7: Heritage Girls School successfully hosted the 5th edition of TEDxHeritageGirlsSchool with an audience of about 100 attendees. The goal was to bring together bright minds to express innovative, original, and focused ideas on a wide range of subjects, to foster learning, inspire action & provoke conversations that matter.

It was a session full of bright speakers with ideas that were engaging and thought-provoking, speakers who put forth thoughts, some so simple that made you wonder how it never occurred to you. On the other hand, some ideas made you wonder how such an idea could ever take shape and come alive!

The first speaker was Mr. Varun Behl, MD & Co-founder of Kebabs & Curries Co. He spoke of his journey as an entrepreneur that has now culminated in having 18 outlets within eight years with seven brands in Rajasthan, an example of sheer achievement. Speakers and the student committee

Hittesh Patel, the second speaker, was more of a performer. The audience was treated to a delightful performance along with the gripping saga of initial rejection, struggles, tears, pain and the ultimate appreciation from International artists like Anthony Lee & Mike Song. Immensely inspiring, his message to all was to create your own space even if you are rejected a few times; ultimately, you will be recognized.

The third speaker Ms. Archana Surana established vital pathways in specialized streams of Design Education. With so many young people aspiring to enter Designing as a career, her talk enthralled the students in the audience.

Heritage Girls School student Ms. Ishmeher Kaur spoke poignantly about the concerns and worries of young people passing out of school this year. Stark images on television of expatriate students being air-lifted from foreign shores post Ukraine – Russia conflict have filled students aspiring for an education overseas with fear and uncertainty. She exhorted governments to make countries safer for study and for doing business; her talk was refreshingly candid, her appeal genuine.

14-year-old Alvira Tripathi came in next. A young mountaineer who has climbed the base of Mount Everest at the age of 9, and Mount Kilimanjaro at 11, her speech reflected the challenges and trials that risk-takers inevitably face. She spoke about the need to introduce compulsory adventure into the school curriculum to keep young people engaged and encourage them to explore newer avenues of discovery.

A restless young thing, Alvira’s entrepreneurial streak led her to create a knowledge-based Board game for 7 – 14-year-olds, Know On the Go. Her social initiative on Water Aerators is helping the community save almost 4000 litres of water every day, and she feels this is just the beginning; her advice to all students is to start young and never to trust their fears, as they don’t know your strengths.

Our sixth speaker was Dr. Chinu Kwatra, a humanitarian who fights against child hunger through his NGO ROTI GHAR. Once aspiring to be in the army, he inspired us with his talk about his journey until he reached his self-motivated career path as an NGO.

Ms Vibha Kagzi came in next. She is the founder & CEO of ReachIvy.com, a leading education & student advisory. She is keen to advise students on their college selections and interests. She has published a book called “Break the MBA Code”.

The evening ended with plenty of fodder for thought! The AV room at Heritage Girls School was a bubbling cauldron of ideas waiting to be explored! 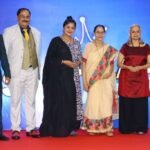 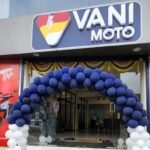 The FountainHead Junior college, founded by Meghana Musunuri, the laureate of the ‘Pride of Telangana’, opens admission for various courses for 2022-23 CareerX Club, a Cohort Based Edtech Startup Helping students to learn Emerging technologies and Placing them in Top Companies