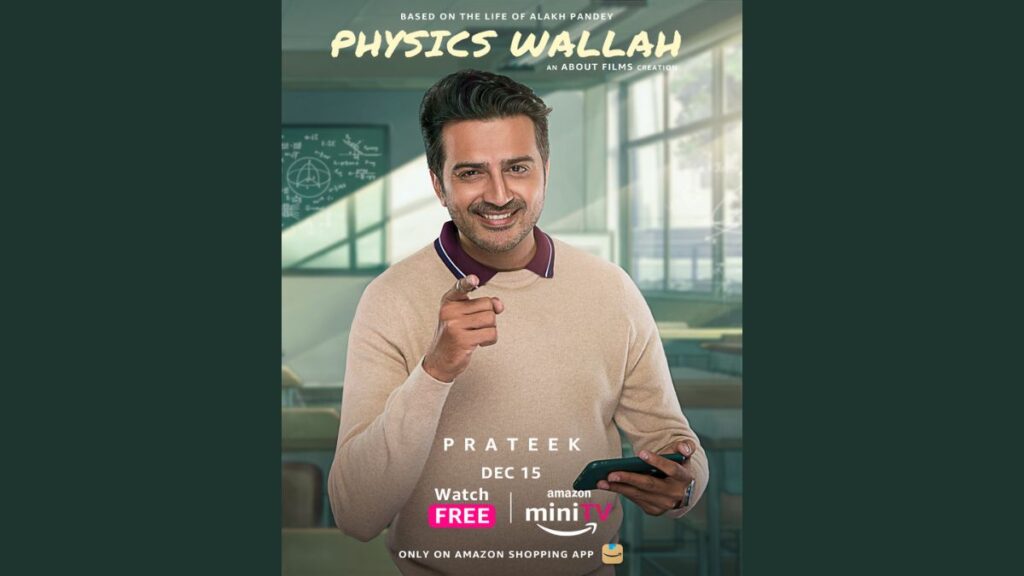 Saif Hyder as Prateek in PhysicsWallah

OrmaxMedia’s Stream Track report has listed PhysicsWallah in the top 5 OTT originals of the week. Actor Saif Hyder receives praise from fans and critics on his performance, hailing him to be the rising star of OTT>​​

Mumbai (Maharashtra) [India], January 13: The next SRK might emerge from OTT, and Saif Hyder is definitely in the running.

Actor Saif Hyder plays the role of Prateek Maheshwari, Co-Founder and the man behind PhysicsWallah – a unicorn in the Indian EdTech space. The OTT series is a biopic and based on the life of Alakh Pandey, who built a large firm starting with teaching physics on YouTube and scaled up to being in the Unicorn list of startups this year.

Predictably the show has been a rage among young people. Alakh Pandey’s YouTube channel Physics Wallah has 9.5 million subscribers; however, the show has been loved by students from every stream and was thrilled to discover the story of Prateek, who has mostly remained in the background. While Alakh is the face of the company and is well-known, Prateek Maheshwari has remained low-key. His career journey has been interesting – after graduating from IIT, he took a job with an MNC, then quit that and moved to Bengaluru and started multiple startups – some of which failed and some of which were successful.

As an actor, Saif has beautifully brought the character to life, playing a confident workaholic who doesn’t want to be in the spotlight and focuses on what’s key for business. Saif, for his performance, has been flooded with messages of praise and love from fans, making him a promising actor to look out for in the Indian OTT space.

Since Saif, apart from being an actor, is also a real-life entrepreneur, he was able to draw on his experience of scaling businesses and building brands to his role.

As an actor, his major experience comes from his distribution company Cineshorts Premiere where he is the chief curator for content and represents it across various platforms. Since it’s a distribution company, he gets a lot of content across the globe to evaluate and under the same process, it helps him learn lots of nuances in the film business, one being performance since that’s one major aspect of evaluation too. Saif attributes 50% of his acting skills and experience to workshops, plays, reading etc., while the remaining aspects he learns while running his company Cineshorts Premiere.

The show marks Saif’s debut as an actor, and he believes staying honest in his performance has worked.

Praise from Critics and Fans

Prateek’s character makes an entry in episode 4 and plays a critical part in the storyline till the finale. ‘The love that I have been receiving for my character is immense, and I am grateful to the audience for being so loving towards the character of Prateek. People of all ages, especially students have loved the character and are addressing me through DMs and comments by the name Prateek itself; I believe that’s where the real success lies for an actor when people start addressing you by your character name, which certainly ensures that you have reached their hearts’, says Saif.

Lallantop (4:21) has specifically praised Saif’s work, and fans are DMing Saif asking him when they’d get to see more of his work.

Saif always aspired to be an actor and was born and brought up in Bombay. His love for films led him to found CineShorts Premiere in 2019. Coming from a service background where his father has been a banker,  the family has zero connection with Bollywood. In fact, they still haven’t seen the show!  Until recently, one of his cousins told his father about the show and popularity that Saif is gaining; that’s when my father asked me about the show; not yet sure whether he’s watched it though.

Just like any other actor, Saif’s journey has been one of persistence and what you see on screen is a culmination of years of work. He believes what has helped him find this success is staying true to himself and not taking rejections personally. Apart from pursuing his dream of acting, he also is an avid entrepreneur running his film distribution company under the name Cineshorts Premiere which is in a growth stage now. He has also recently partnered on a venture called ‘Turf Games Events & Entertainment’, which focuses on bringing the game of Polo to mainstream audiences. 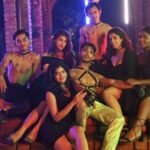 Gifting Them The Power To Dream & Excel 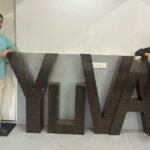