Mumbai, July 23: Recently, KCF organised an award show where many renowned people from different fields and areas of India got Awarded and praised by the Foundation. The Bollywood Director Dr. Krishna Chauhan organised the Award Show in Mayor Hall in Andheri, Mumbai.

In this long list of people, there was one name who achieved a lot in his field, the Founder of RV Rising entertainment and The Filmy Charcha, Rahul Varun, a Bollywood Journalist Alias Rahul Mishra got awarded with Rashtriya Ratna Samman. Rahul Varun Mishra came to Mumbai on Page 3 of life and dream. Now he is a well-known personality in the film industry, starting from scratch to become a prominent entertainment journalist.

Though Rahul was born and brought up in a middle-class family in Bihar, where working in the media and entertainment industries was not meant to dream, he dreamt about it and pursued his dream. 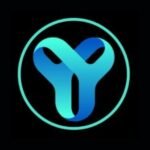 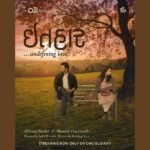